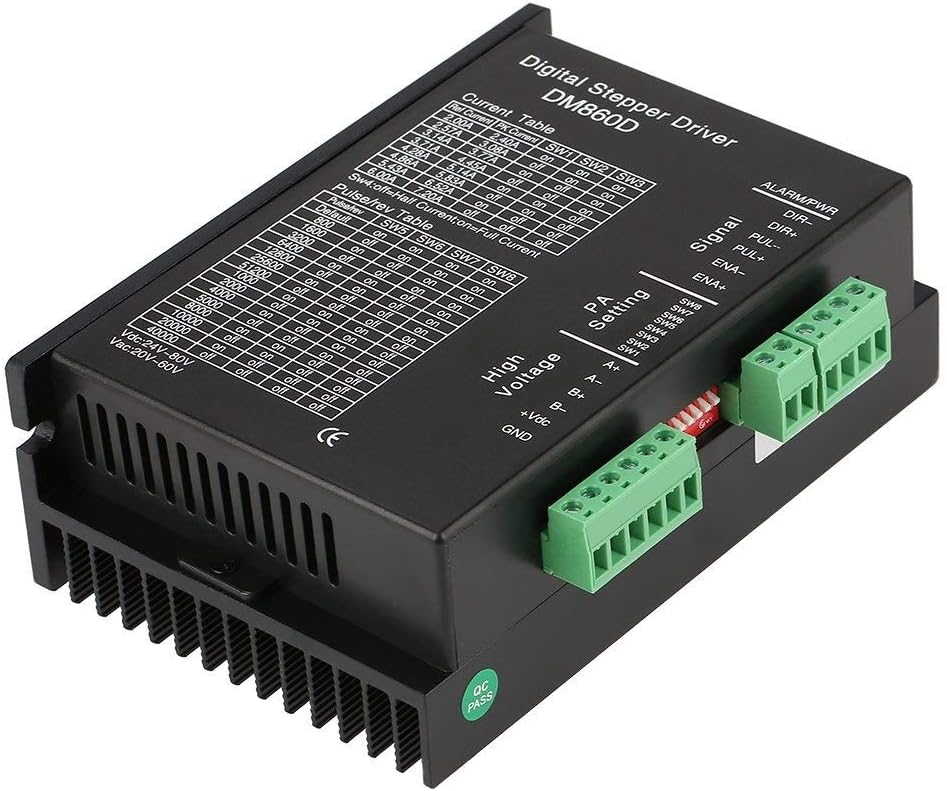 Please look for our brand "CHUNSHENN", purchase through other channels will not guarantee its quality.
Specifications:

Users can set the driver Microstep by the SW5-SW8 four switches. The setting of the specific Microstep subdivision, please refer to the instructions of the driver panel figure.

Users can set the driver half flow function by SW4. "OFF" indicates the quiescent current is set to half of the dynamic current, that is to say, 0.5 seconds after the cessation of the pulse, current reduce to about half automatically. "ON" indicates the quiescent current and the dynamic current are the same. User can set SW4 to "OFF", in order to reduce motor and driver heating and improve reliability.